Back to all posts

A Change Is Gonna Come

Back in the Spring of 2020, when the first Covid-19 lockdown was upon us, we signed up to an online Jukebox. One of the earliest requests we received was for one of Simon’s all time favourite songs; Sam Cooke’s ‘A Change Is Gonna Come.”

Cooke wrote this iconic track in 1963, one month after he was refused service at an LA hotel. With it he birthed what would become one of the most important songs of the civil rights movement.

At the time it was was deemed an ill-advised and even “scary” move for the talented, young musician. Having first made his name on the Gospel circuit, the velvet-voiced Cooke was now topping the pop charts with mainstream hits such as “You Send Me.”

Changing gears with such a politically charged song was a risk in more ways than one. But Cooke could no longer be silent in the face of injustice and inequality.

The song debuted on the ‘Ain’t That Good News’ album of March 1964, and was immediately picked up on by the ciivl rights movement.

And though he was fatally shot and killed just nine months later, Cooke will be forever remembered as a trail-blazing artist; spell-binding vocalist; and a vital force in the fight for racial equality…

Today his powerful anthem is routinely, and rightfully, hailed as “one of the greatest songs of all time.” And in too many ways its timeless message is as needed today, as it ever was.

In the words of Cooke biographer, Peter Guralnick; “the song is a universal message of hope; one that does not age.”

This is “A Change Is Gonna Come.” 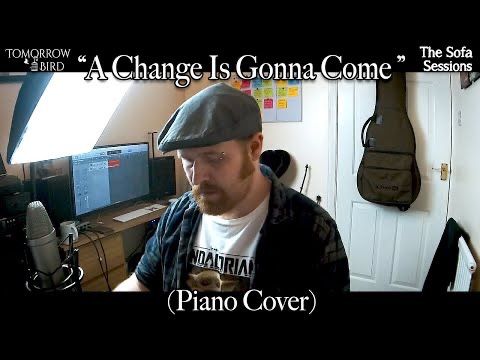