Back to all posts

Marvin ‘Meat Loaf’ Lee Aday broke records and moulds with his five decade-spanning career. And although we didn’t share some of his views on politics or the pandemic, we couldn’t fail to be amazed by his powerful voice, his surprising versatility, and his enduring individuality.

He made the music he wanted to make, the way he wanted to make it. He turned down the first three record deals he was offered back in the late 60s, joining the Broadway cast of Hair instead. He then went on to perform in numerous theatrical shows, including The Rocky Horror Picture Show, and even a production of Shakespeare’s As You Like It!

It was in the world of musical theatre that Meat Loaf would meet his longtime collaborator, Jim Steinman. Their inaugural passion project - the Bat Out Of Hell album - was released in 1977; five years after they first began to work on it together!

During those initial years they met with constant rejection and indifference from the music industry, but the determined and talented pair refused to give up… Today, Bat Out of Hell has sold an estimated 43 million copies globally, making it one of the best-selling albums of all time.

From Broadway to Hollywood, and all the rock’n’roll in between; this misfit turned megastar lived a life true to his own vision and style. This was his legacy. For “when the day is done, and the sun goes down” his inimitable songs will live on forever.

This is our rendition of his duet with Cher; Dead Ringer For Love. 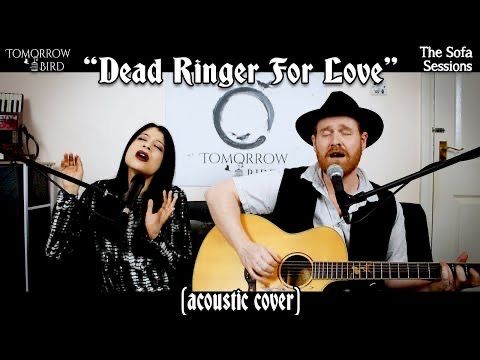